Canada Proud has completed one of the largest surveys to date on the Conservative leadership race.

Unlike earlier polls that surveyed the Canadian public at large, Canada Proud focused its survey on the active Conservative Party members who will decide the leadership race.

6,279 self-declared Conservative Party members participated in the survey. Our national findings are as follows:

“There is still plenty of time for these numbers to shift, but our survey provides a snapshot of the race as it stands now. We believe it will take bold ideas and a strong digital outreach to excite existing Conservative members and sign up new ones.”

The survey was conducted online from December 18 to 31, 2019. It was distributed to our database of over 200,000 emails and promoted on social media. Survey participants were asked whether they are currently a member of the Conservative Party of Canada. 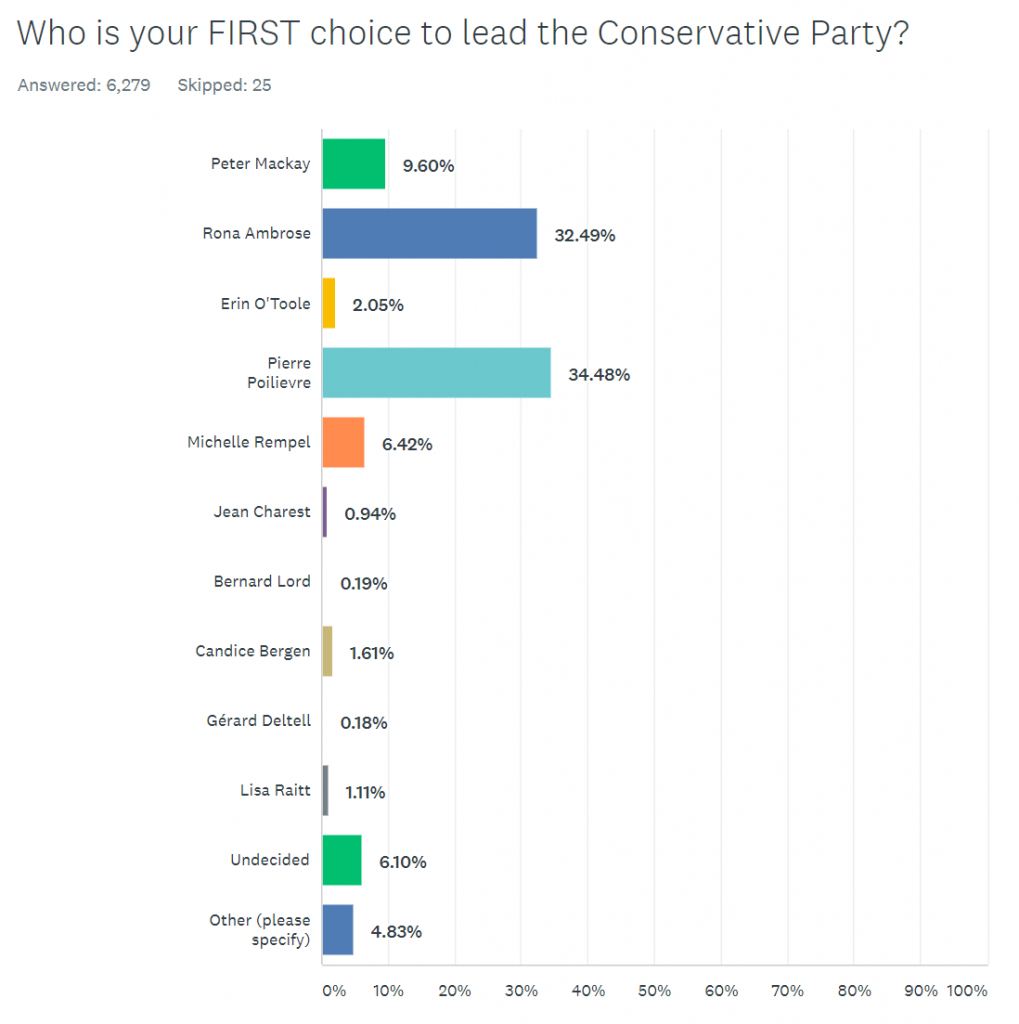 During the 2019 election, Canada Proud registered as a third-party advertiser and spent over $350,000 on ads mobilizing opposition to Trudeau after receiving over 4,000 donations from grassroots supporters.

Canada Proud continues to have the most engaged Facebook page in Canadian politics and reaches over three million Canadians per week. Below are our Facebook Engagement metrics for December 29, 2019 – January 5, 2020 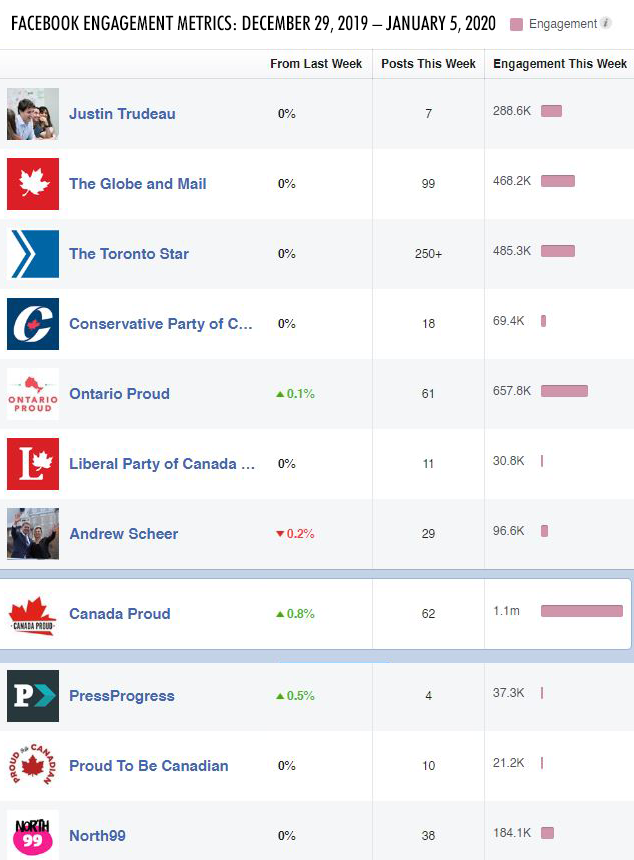